Corriene Lafollett and Lloyd Franzen were married December 20, 1916. A few years later they were deeded the 20 acres by her father Byron Lafollett from 107th and Glisan st. to Hassalo st. I don’t know when he started to plant the peach orchard, but I do know they had a few young trees in 1932, and my mother was able to can 44 quarts of peaches that year. All 20 acres were not planted at once. The last part probably from Oregon st. to Hassalo in the mid 1940s.

Lloyd and Corriene built their house on 107th and Glisan and then my grandparents built their home right next door. Both houses are still there today. All the peaches were sold from a fruit stand that was next to my grandparent’s home. There is now a house where the stand was.

In the early fifties, when my dad could no longer take care of the orchard of the orchard by himself, they decided to develop the land and combine their names to become “Lorene Park”. The first section was 108th and then a year later, 107th was developed. My folks built their new home in 1955 on 107th right behind their first home (now owned by Larry Love) I believe the first lots were sold for around $1750.

My dad had some strong feelings about the power poles. He did not want them in front of the street. PG&E would not go along with him but Pacific Power & Light would put them in the back of the lot. There were two builders, Archie Hodges and Abe and Merle Wilson.

The houses that were built from Hassalo, 108th to 107th (known as Hassalo Circle) were built by a man named Kelly a few years after Lorene Park. In 2015, there are still three original home owners* living in Lorene Park. *Donna is one of them. 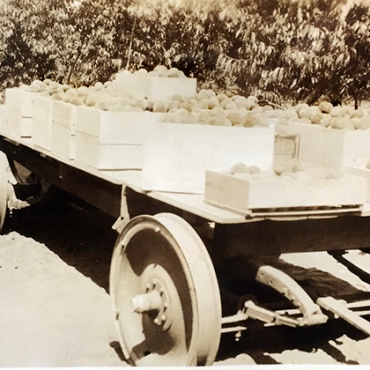 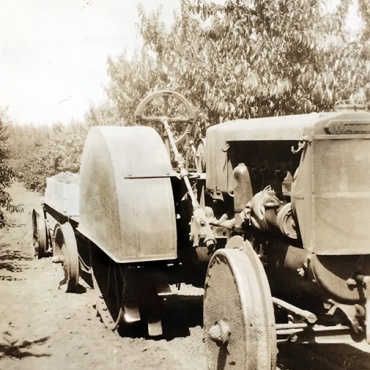 2 thoughts on “A Brief History of Lorene Park”